I’m going through my pictures from Fjällräven Polar and from the stage of being so tired I can almost not keep my eyes open, I once again feel that excitement run through my body and I get a silly smile on my face when I remember all fun I had.

It has been a week filled with a little bit of everything! Rain, snow, wind, sun and a lot of hard work! As part of the photo and film crew I would like to share my story from behind the scenes. 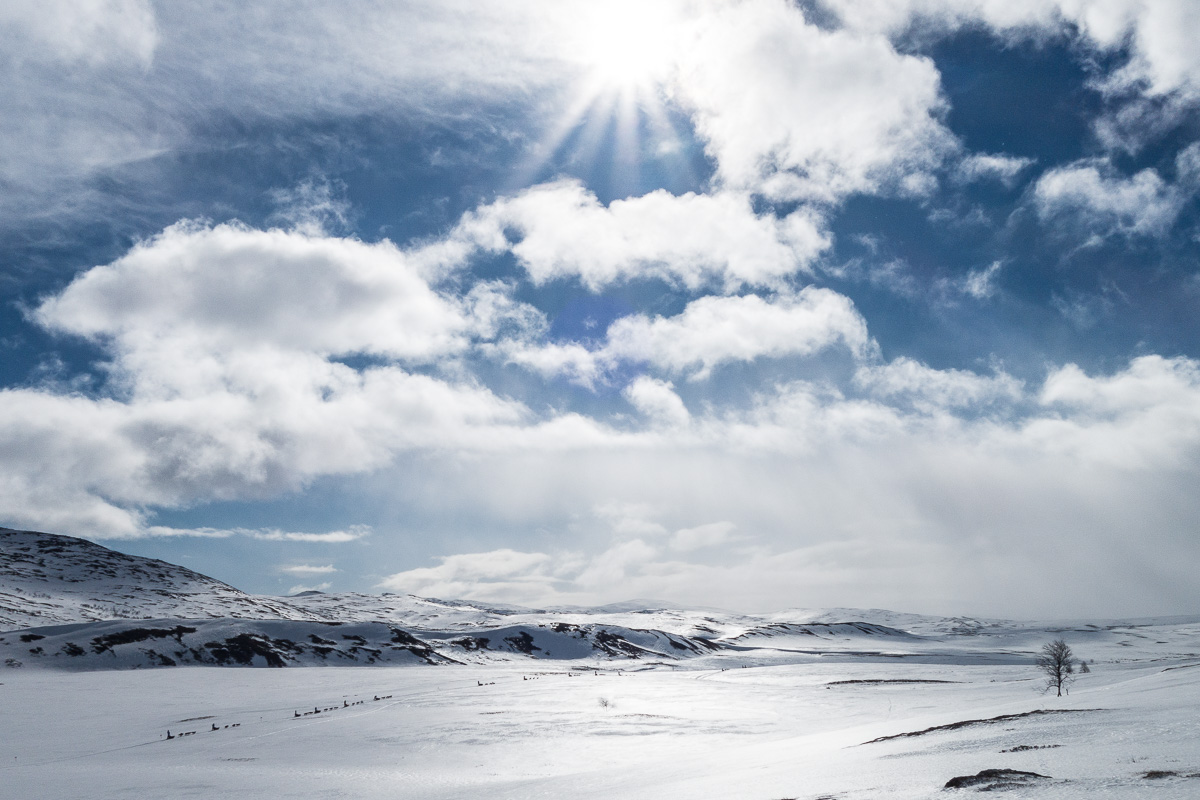 Already want to get back!

For the participants, this journey starts the moment they complete the application and start campaigning to get the most votes. For me the journey starts round about the same time, making the first plans. So, what plans do we actually make? Well, it’s not just the adventure itself we record along the way, we are also making some pre-productions we can mix up with the daily coverage.

Another important part is also planning for the logistics along the way. When the winners are announced I also put together a PM including information and pictures of the lucky ones so that I have some background information of the participants. You never know when it will be needed along the way! 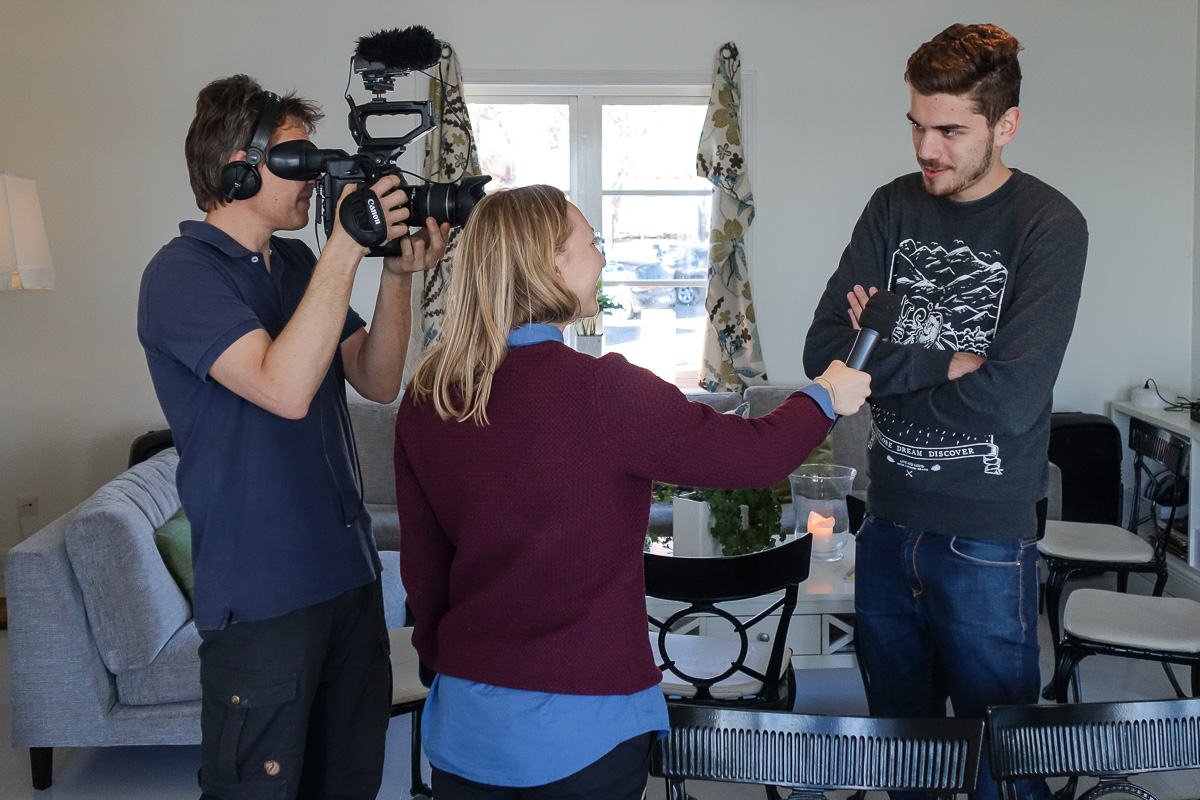 Before we head off to Tromsö in Norway we all meet up in Sigtuna close to Stockholm. For many reasons, I love that place. I was born here, but mostly because it’s such a pretty town! Anyhow. We start early in the morning and now the work is really starting. 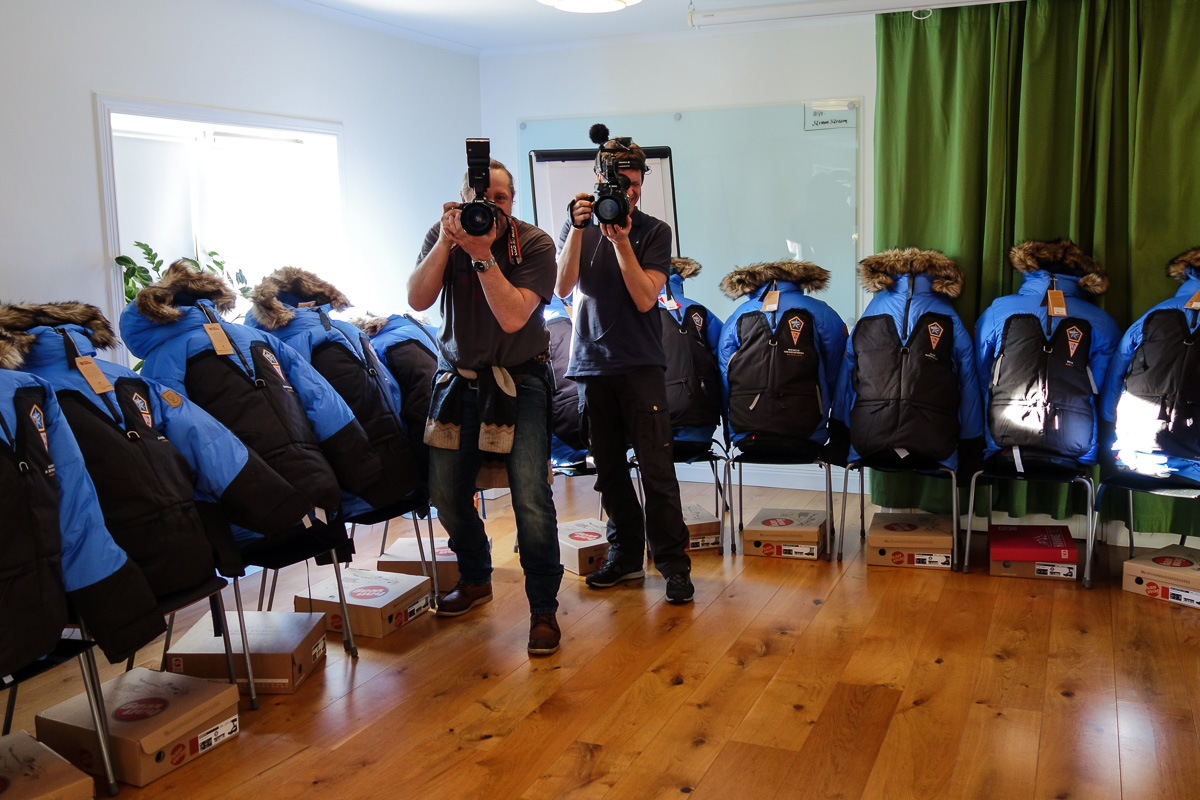 Photographers Nicklas and Anders preparing to meet the participants

This is the day we publish the first movie and at once the pressure is on, but it’s fun, so much fun! Making interviews and following the group that has just met. For myself, my brain does not just have to halves, it feels like it is in two halves as well. One part trying to focus on the film and the other trying to remember if I managed to get everything I need with me. At one o’clock I turn the light off and try to get some sleep. At 4.45 the alarm goes off and I have a headache. Has to be fixed immediately with water and a big cup of coffee. 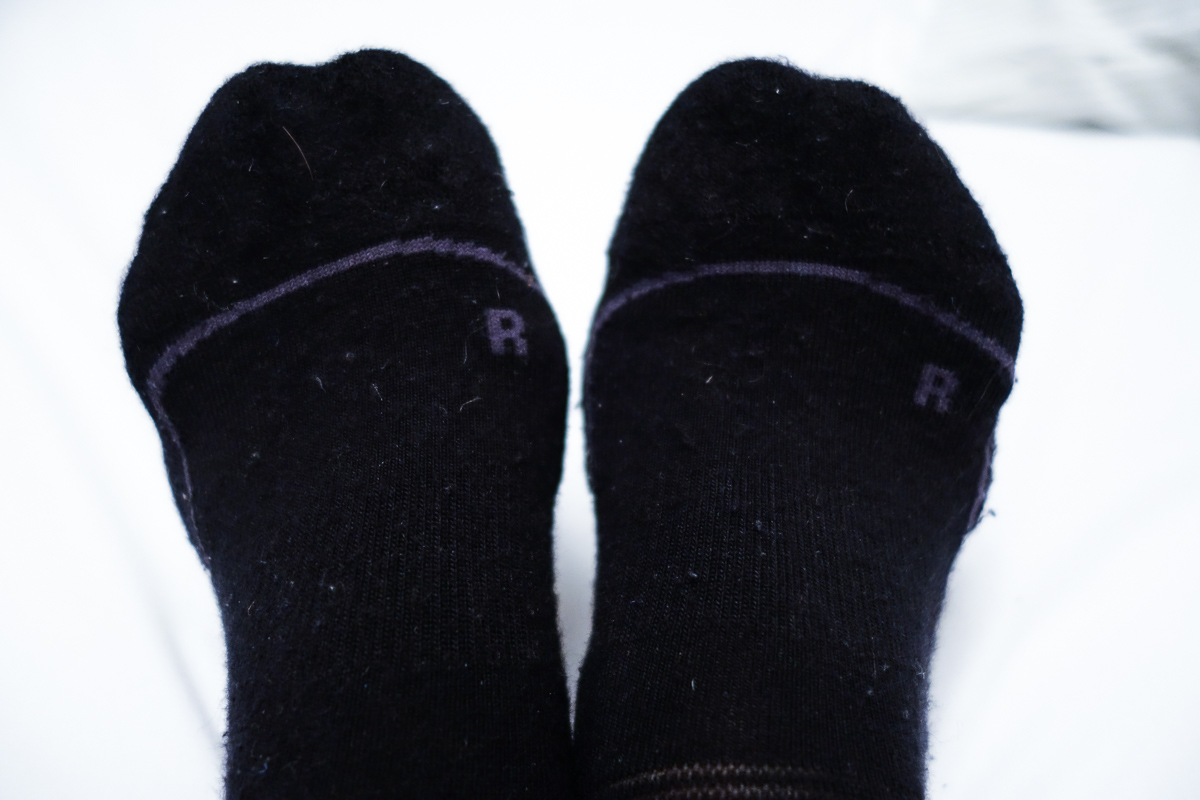 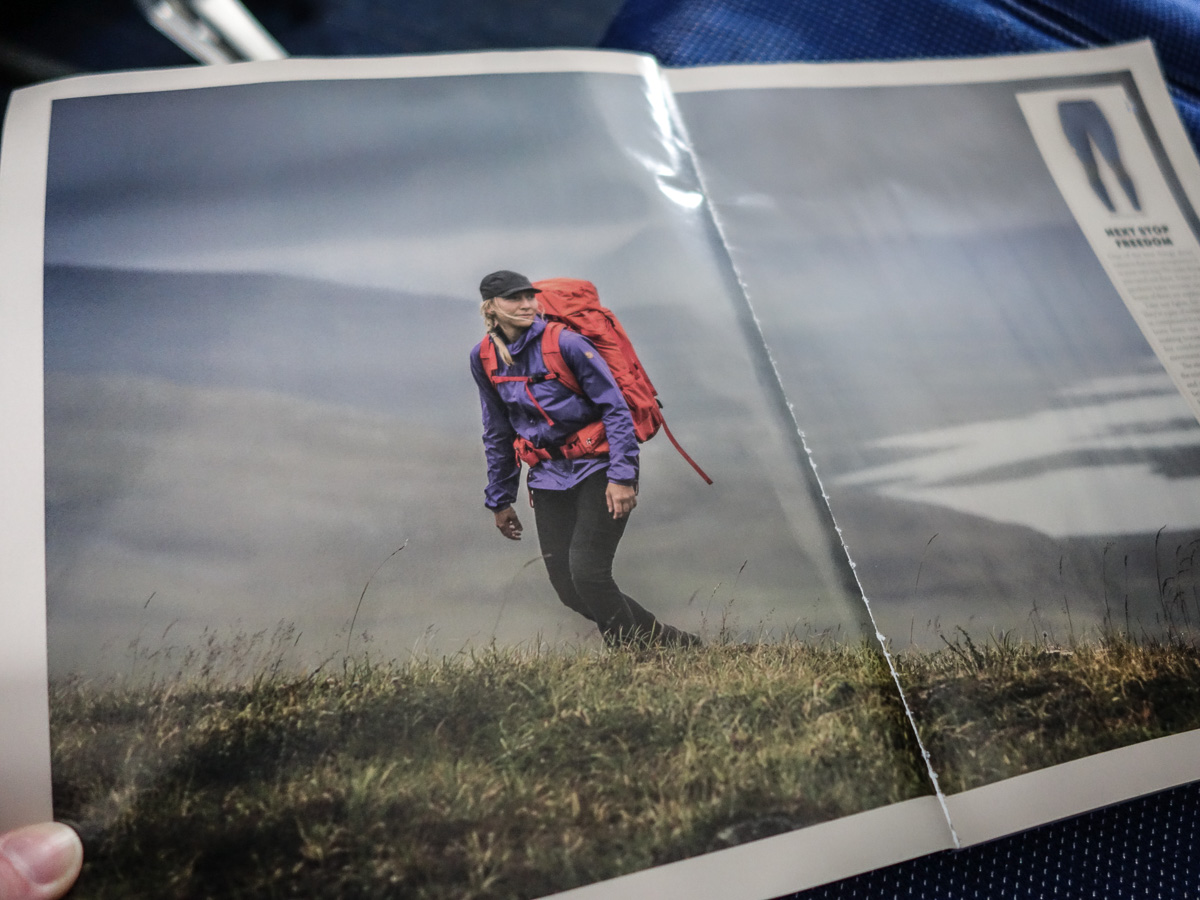 Found myself in the SAS Magazine on board the flight

Arriving Tromsö was not quite what I had hoped for. Rain! What?? Yes, nothing to do about than to encounter with a smile 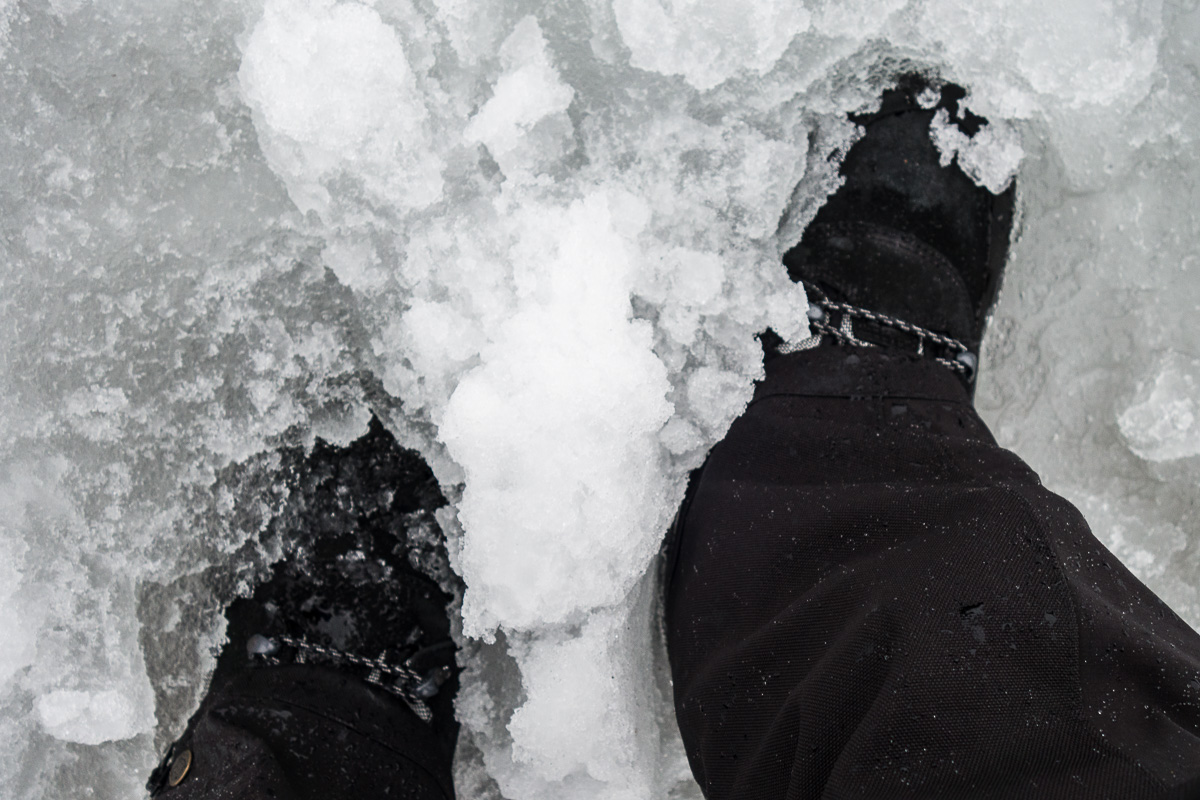 Not really what I had on my mind 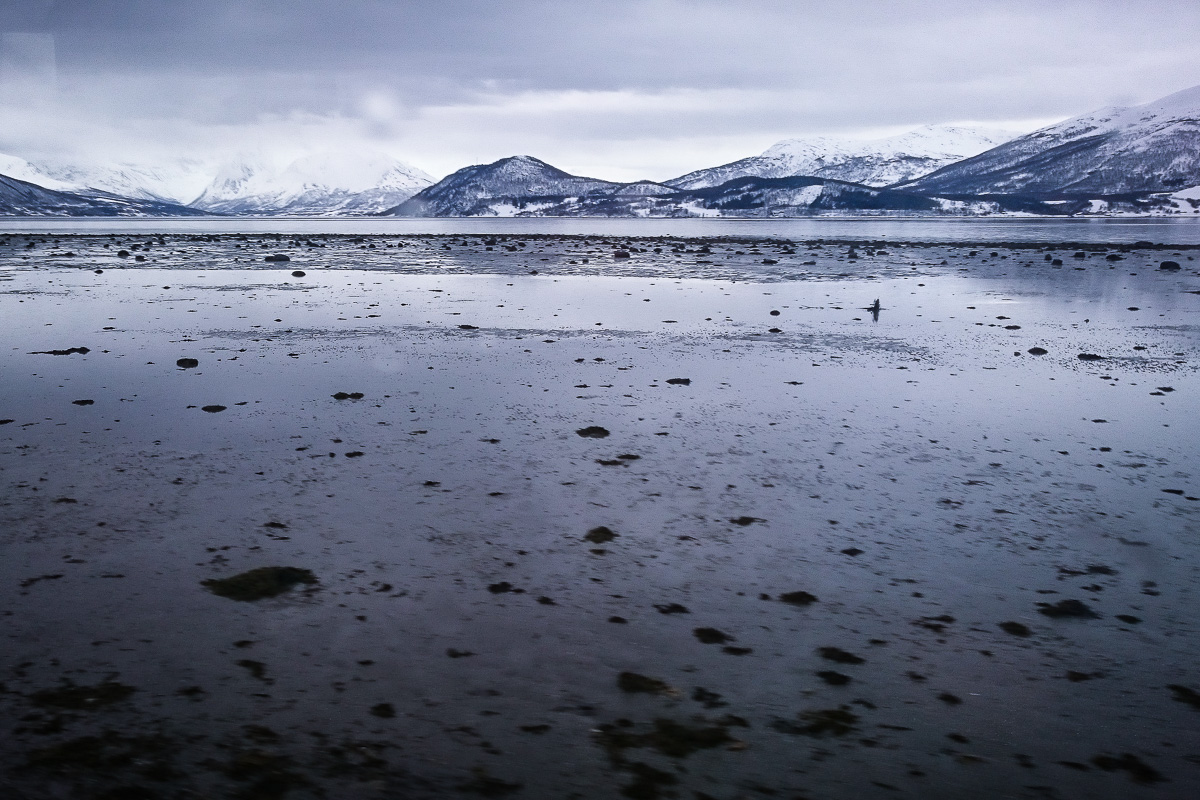 The views still Amazing regardless of the weather

From now on we are more or less following the participant’s every move and we get to see all their “firsts”. First time meeting the dogs, first time on the sledge, first time making camp and so on. 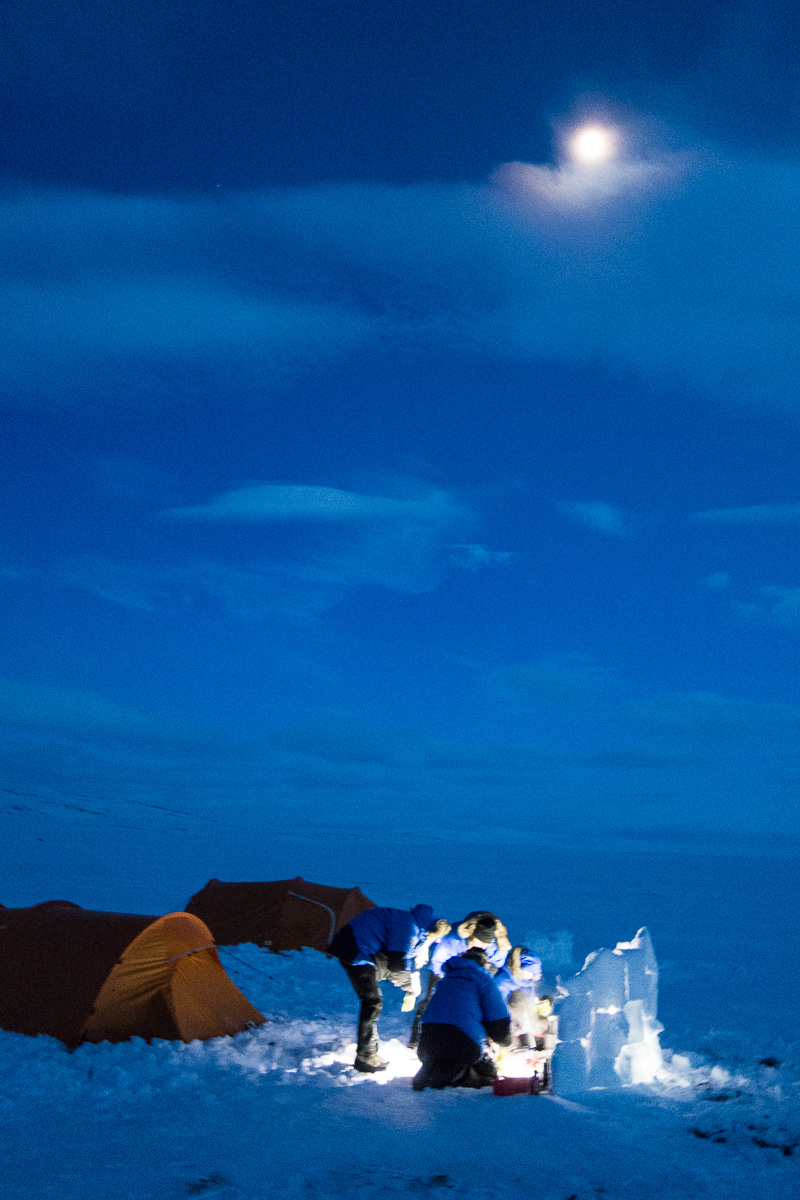 So, how do we get around? Well, to be able to move as fast as we need and to be able to bring all we need, we are travelling on a sledge behind a snow mobile. Here in the stormy seats, Anders and I are creating a kind of office. 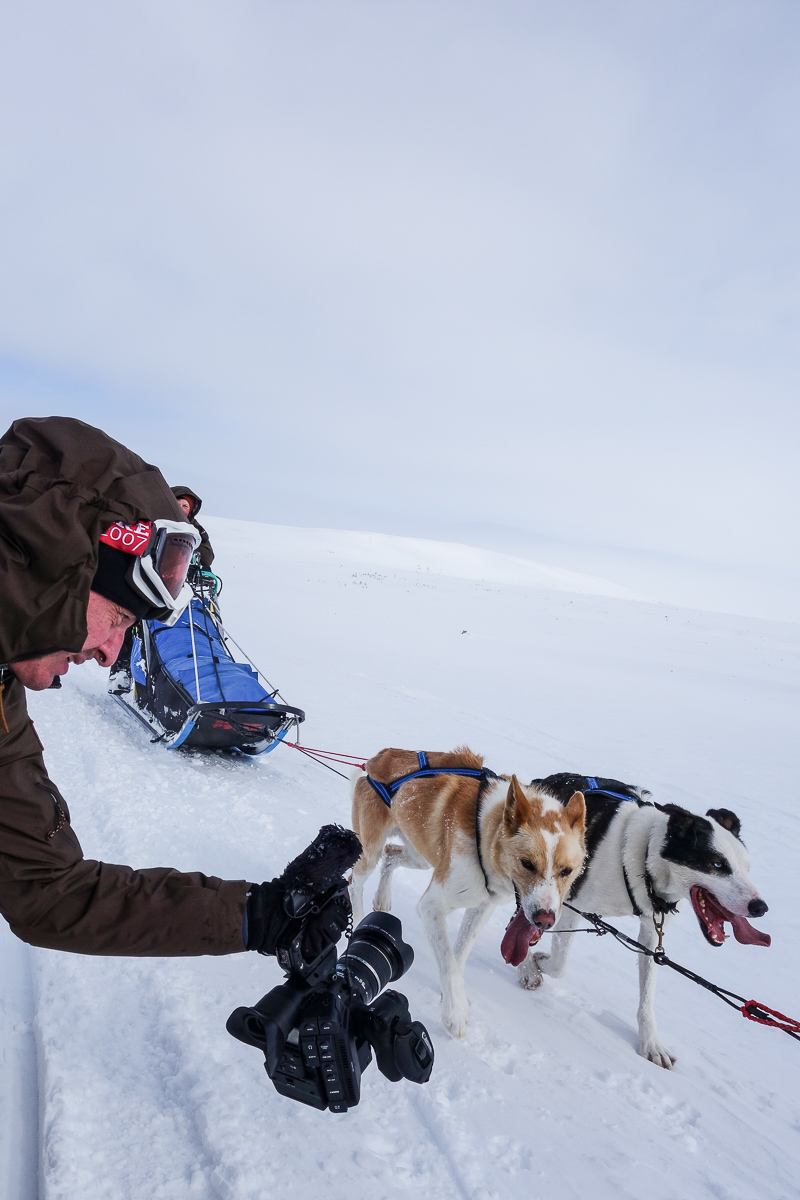 This is Anders trying to catch the dog in high speed 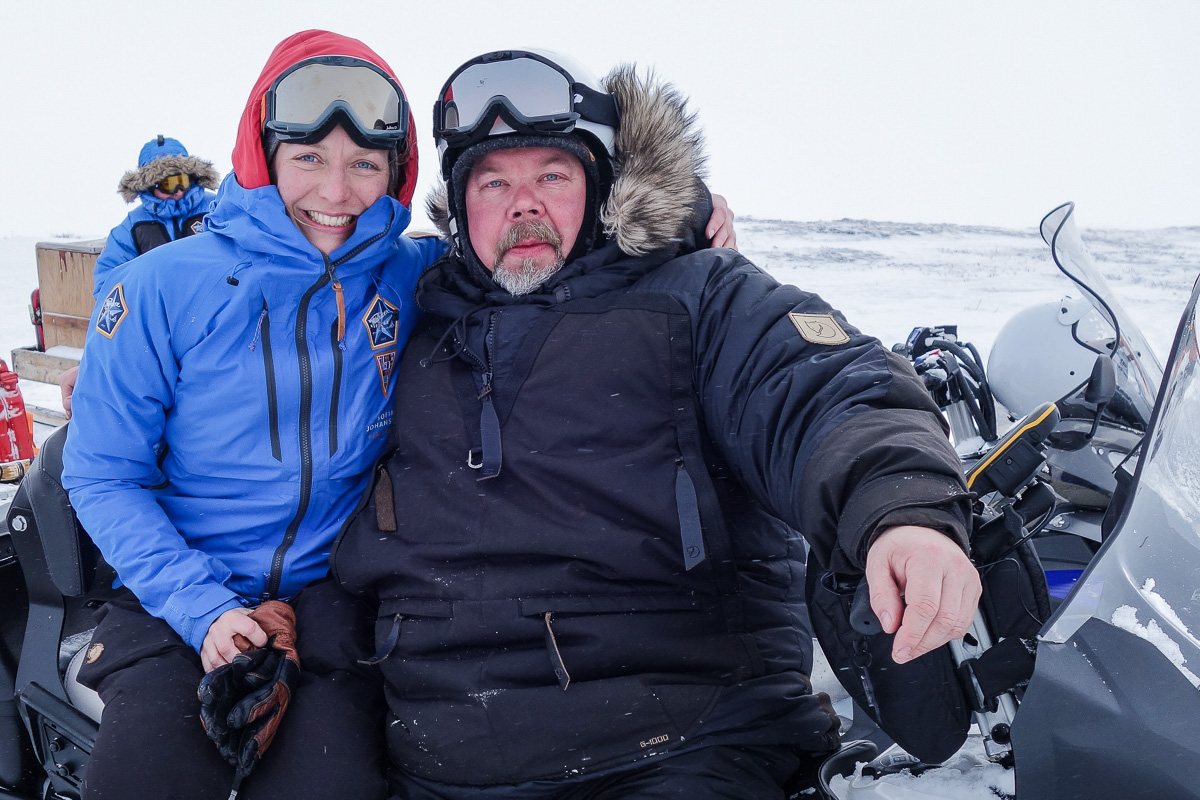 Without this man, Guttorm, our mobile office would have to close! He is the best! 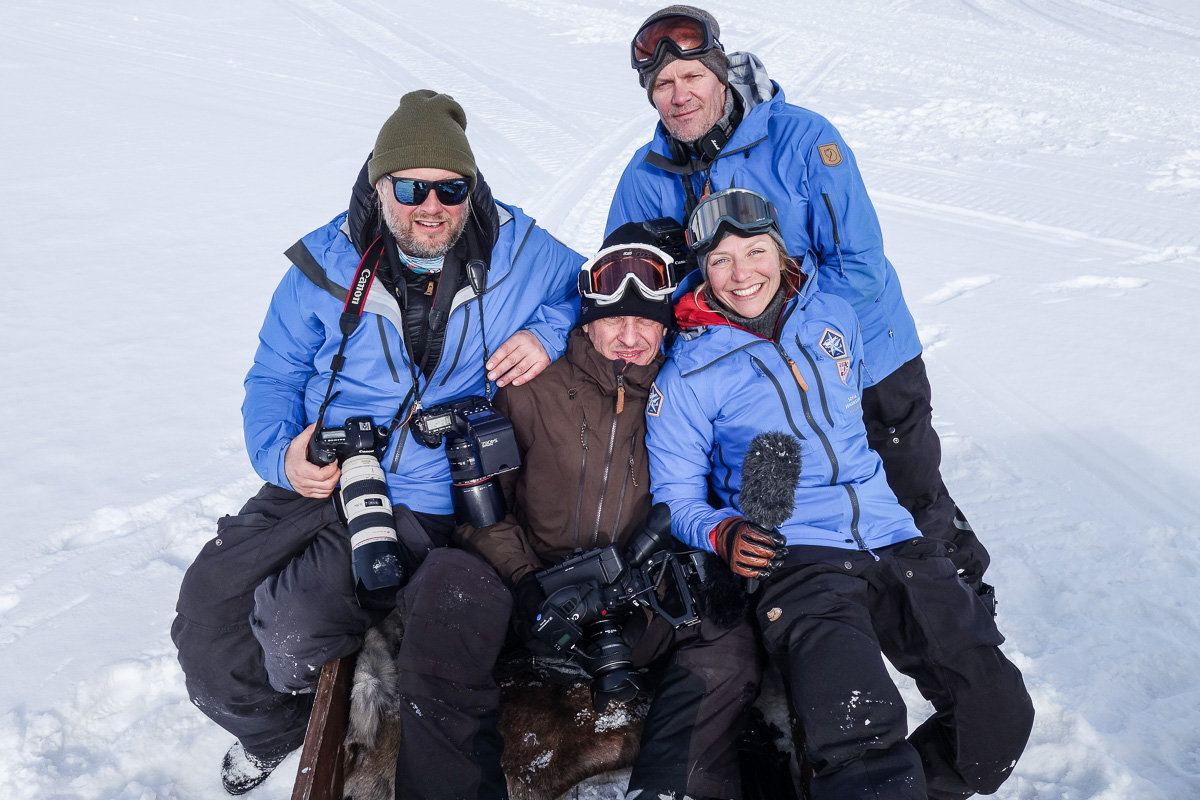 This is the film and photo team

Not only the Fjällräven crew on the side. At the team bench I also found some other friends. 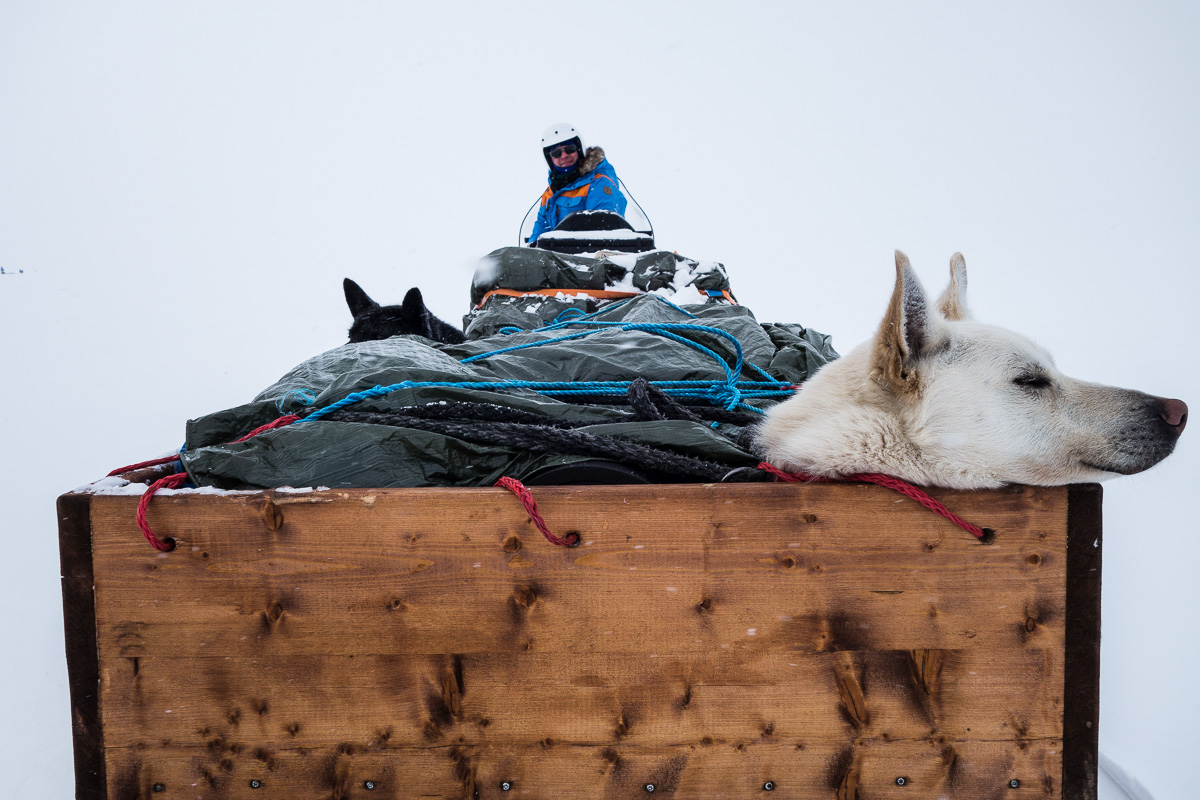 Waiting to get traded in

At every night camp our biggest challenge is off course to edit the films, but also to find perception to be able to upload them. 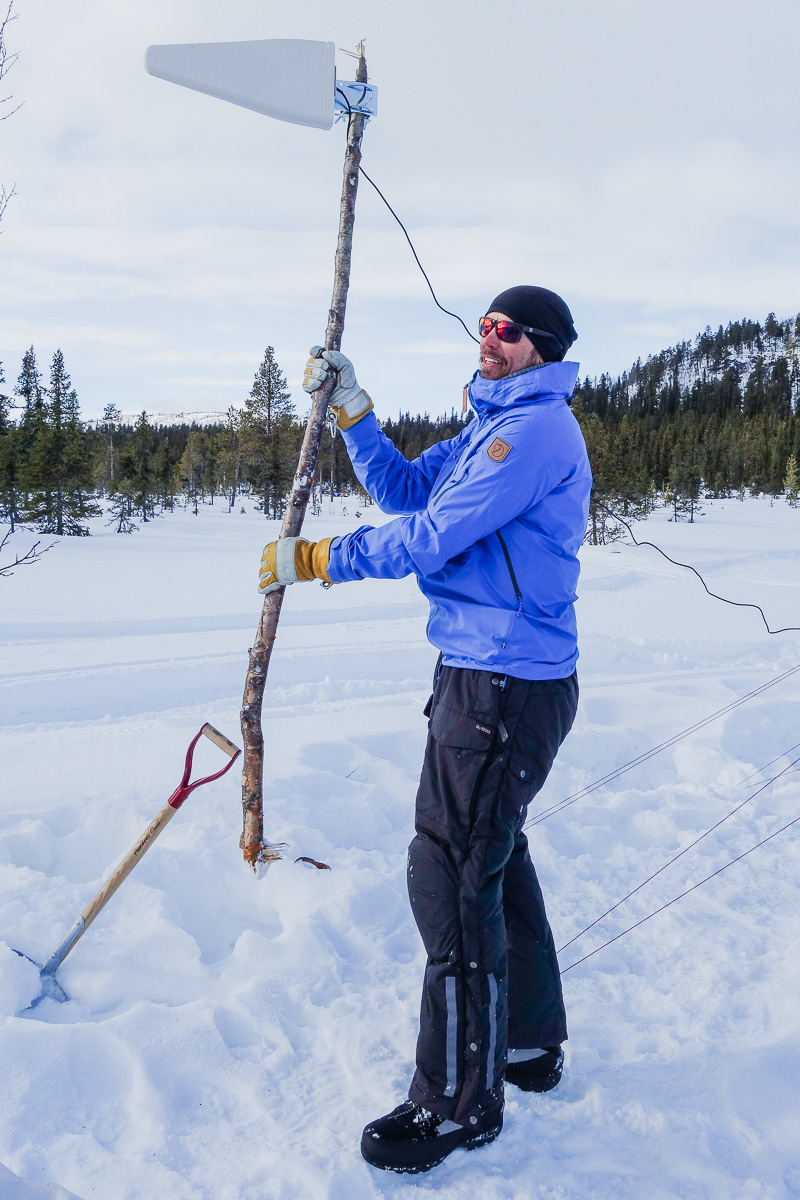 The last night the temperature dropped down to 24 degrees below zero. As usual we are out late night filming and this night catching the northern light as a great bonus. It’s so strange but also very beautiful with the colours in the sky. 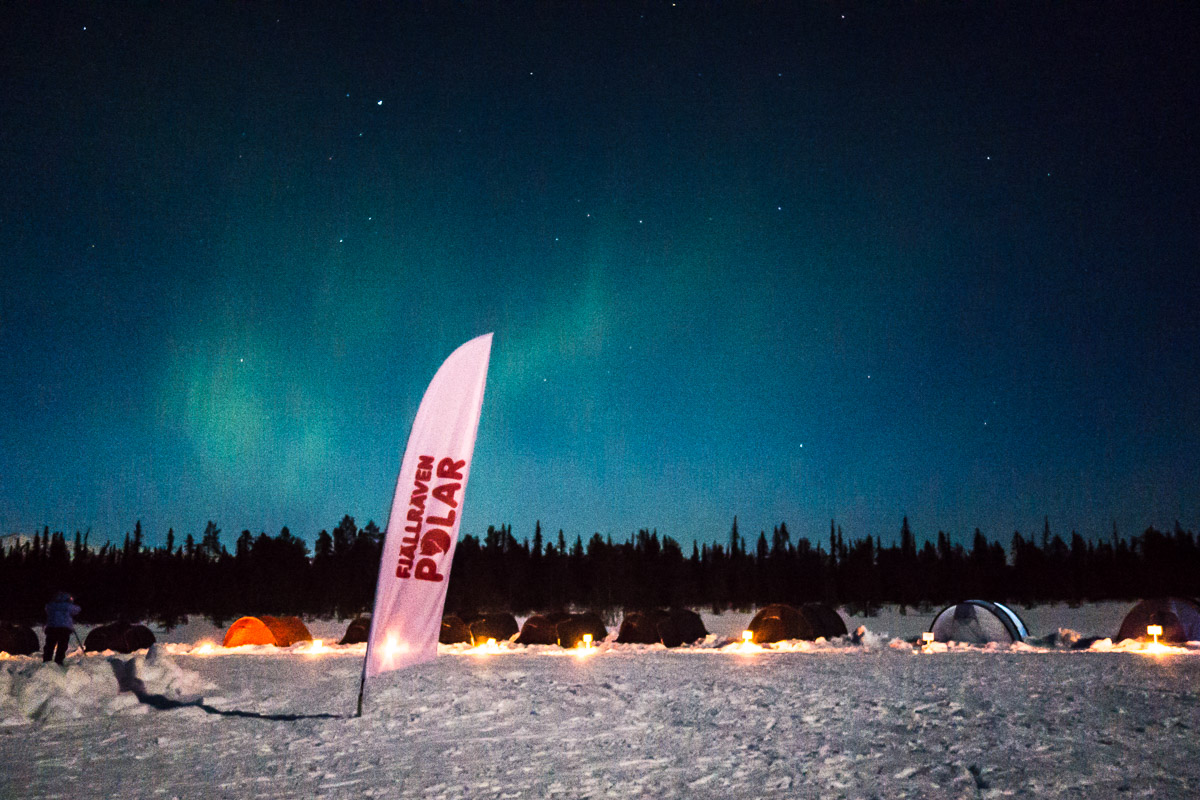 Finally the last night we saw the northern light.

Waking up the following morning was absolutely stunning! Frost everywhere, but as soon as the sun came up, the temperatures immediately raised. 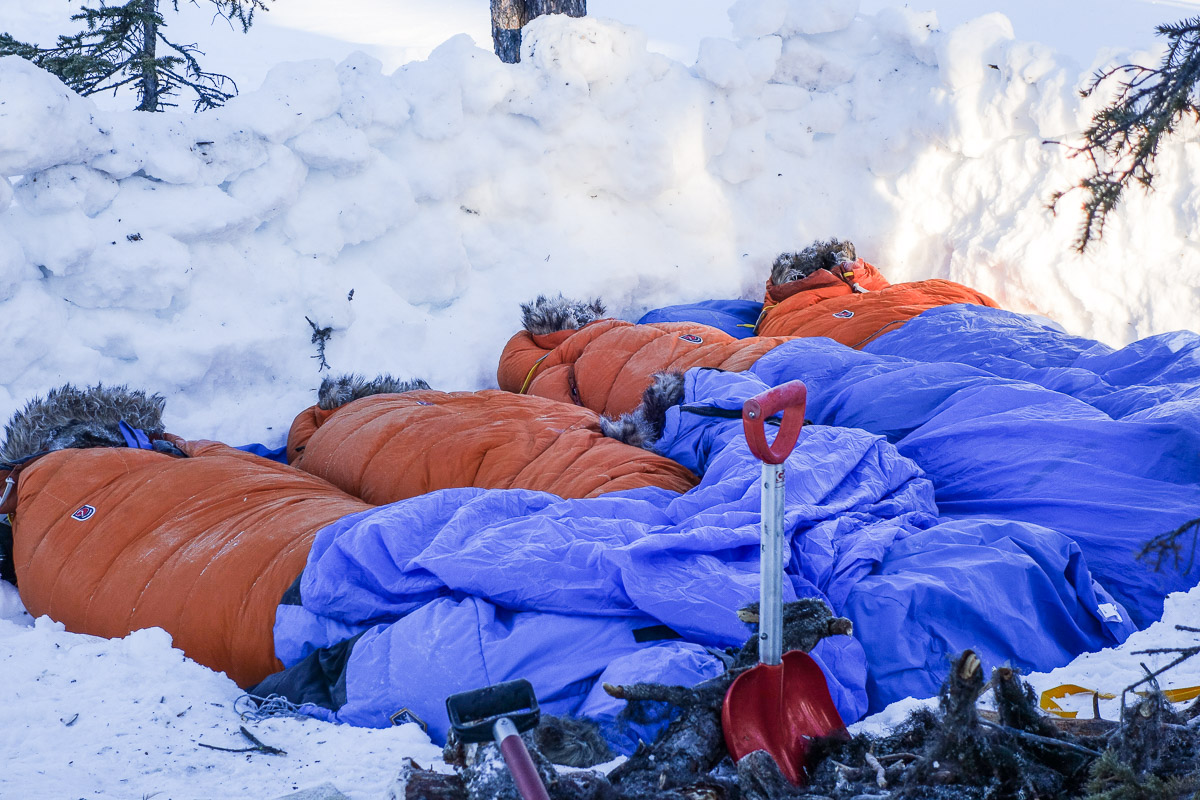 It’s strange in a way, because whenever the participants get a break, it’s the opposite for us. This is a perfect chance to get some interviews and other reports. After a few days, I sort of get a grip of myself and the situation. Lesson 1, don’t make any statements without food. Otherwise, anything can appear from the mouth. I hear all the time how important it is for the participants to eat and drink enough and well, that goes for us as well. So that’s what I do and I feel so much stronger. Only problem is for Guttorm who now is an expert finding good “ladies room”-spots for me. 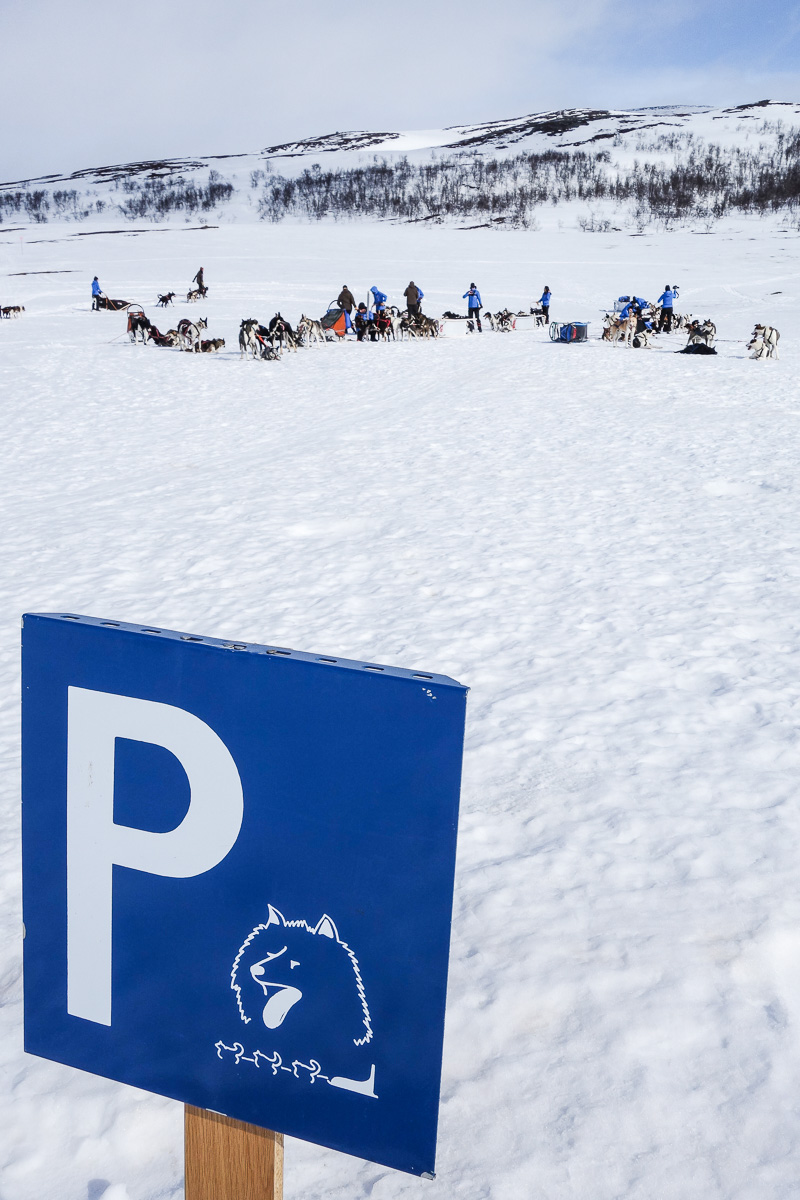 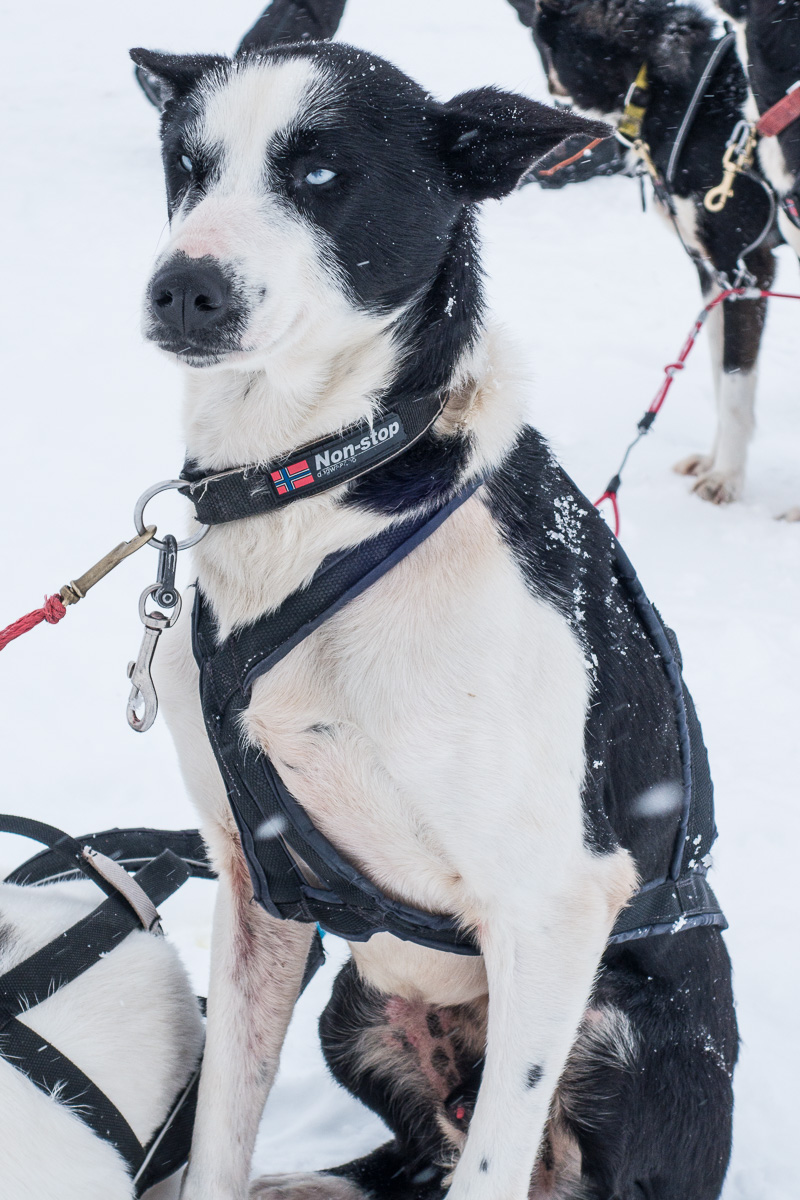 Sometimes everyone need a little rest 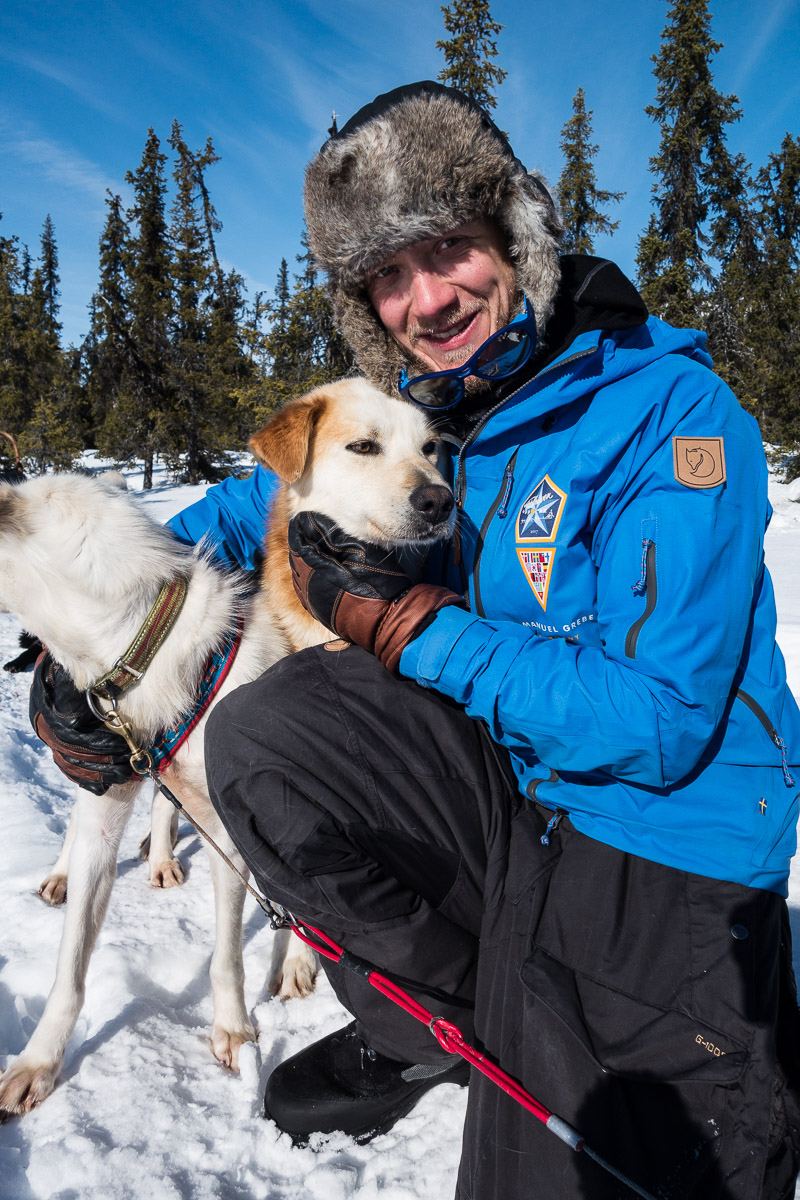 A lot of cuddling and love along the way 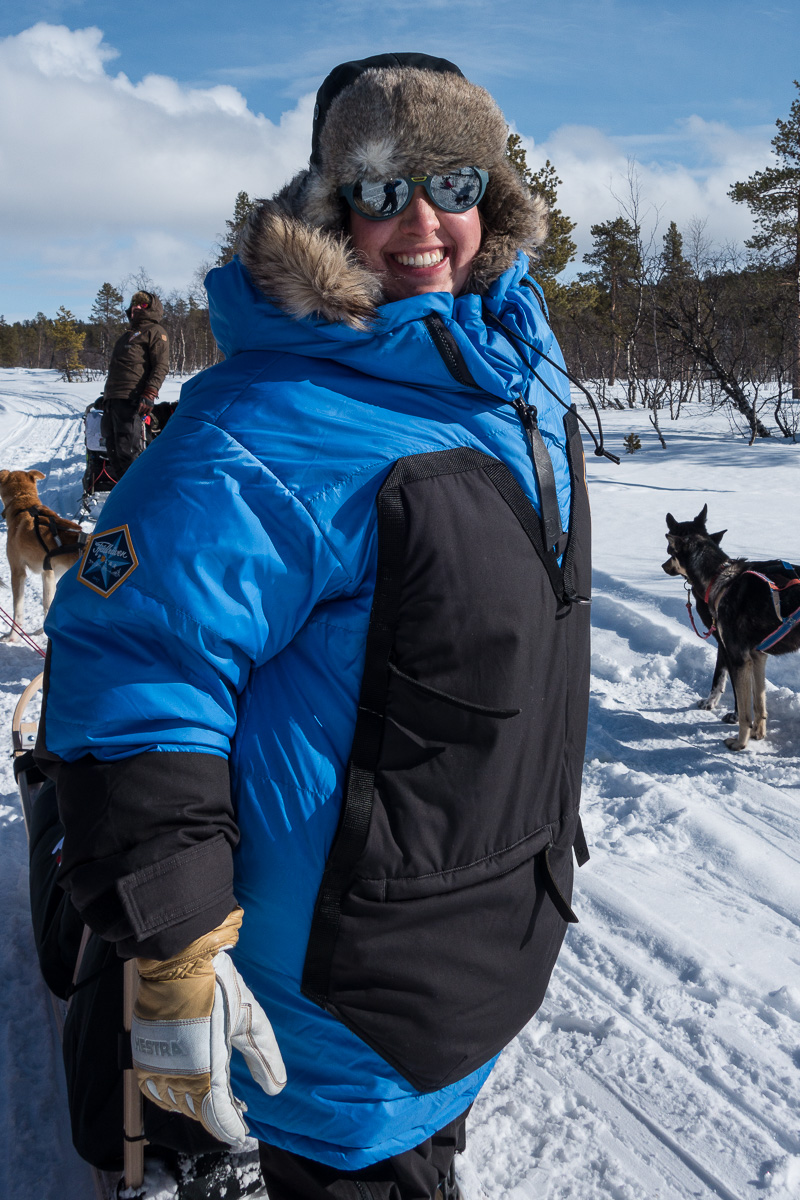 Anna from Germany always happy whenever I met her 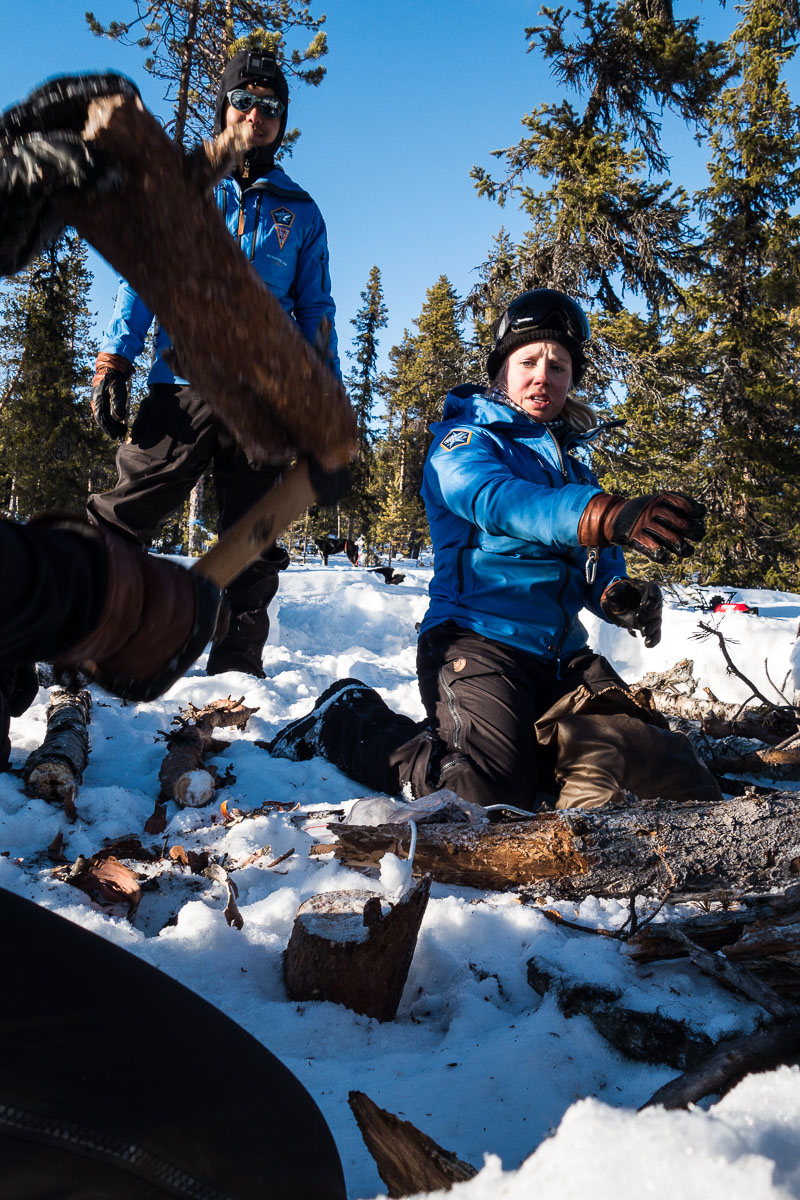 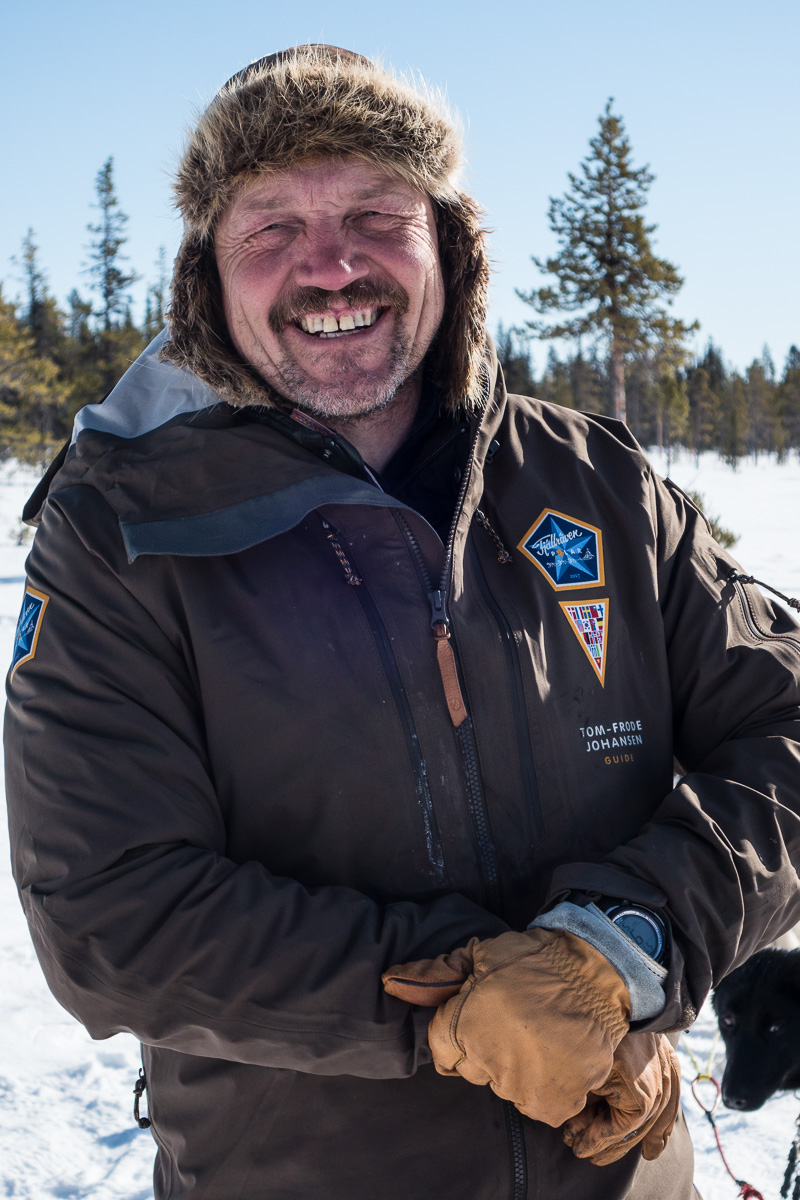 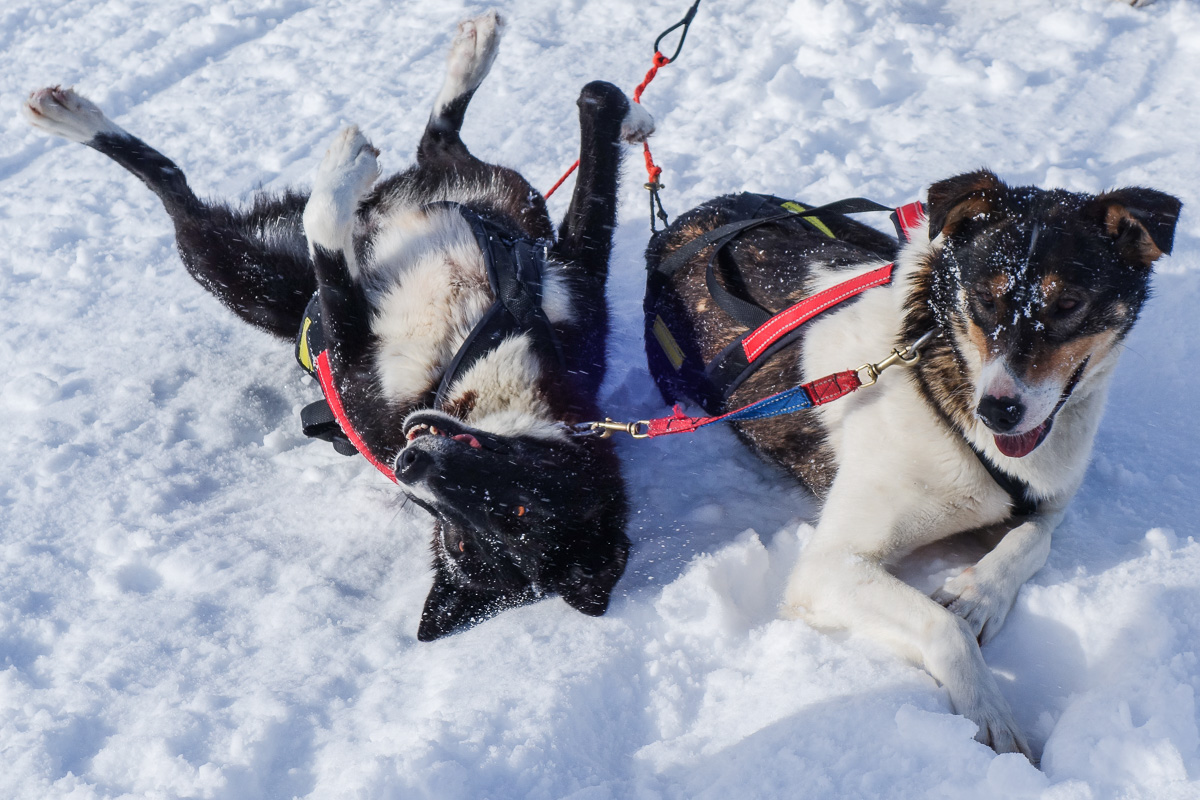 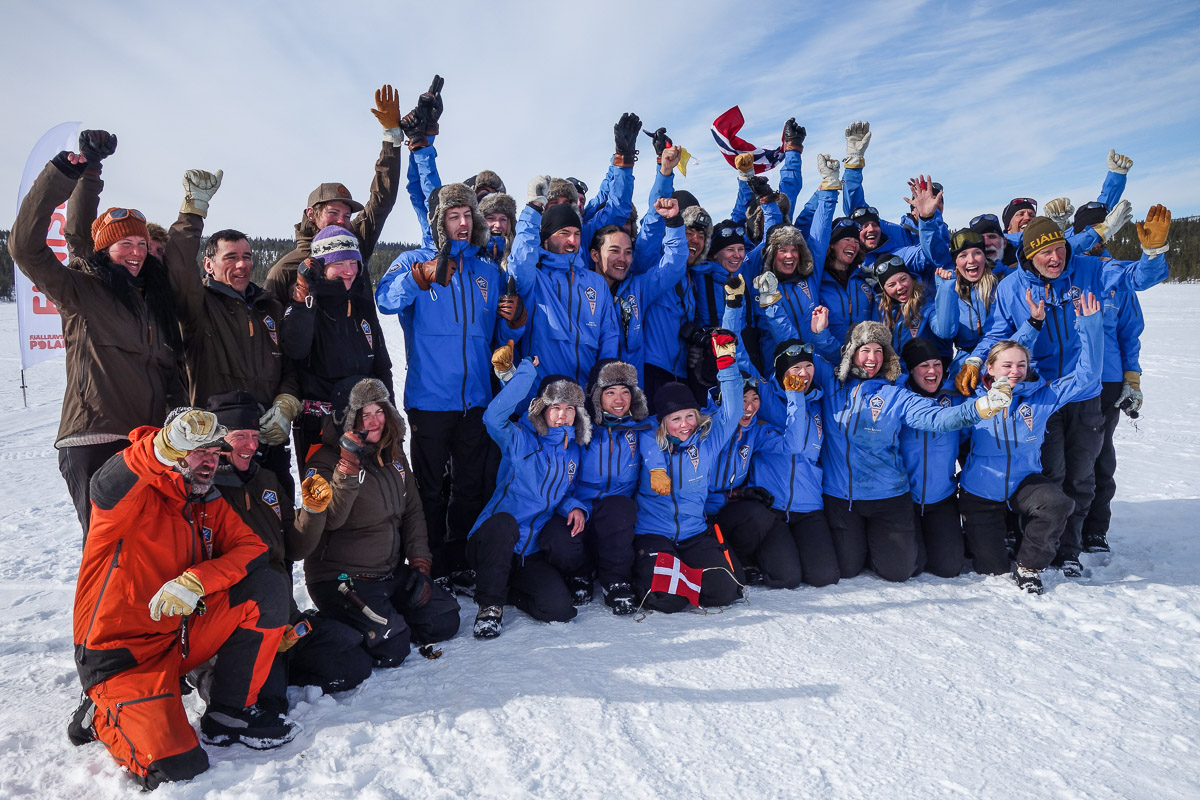 The end of this journey and the beginning of the next