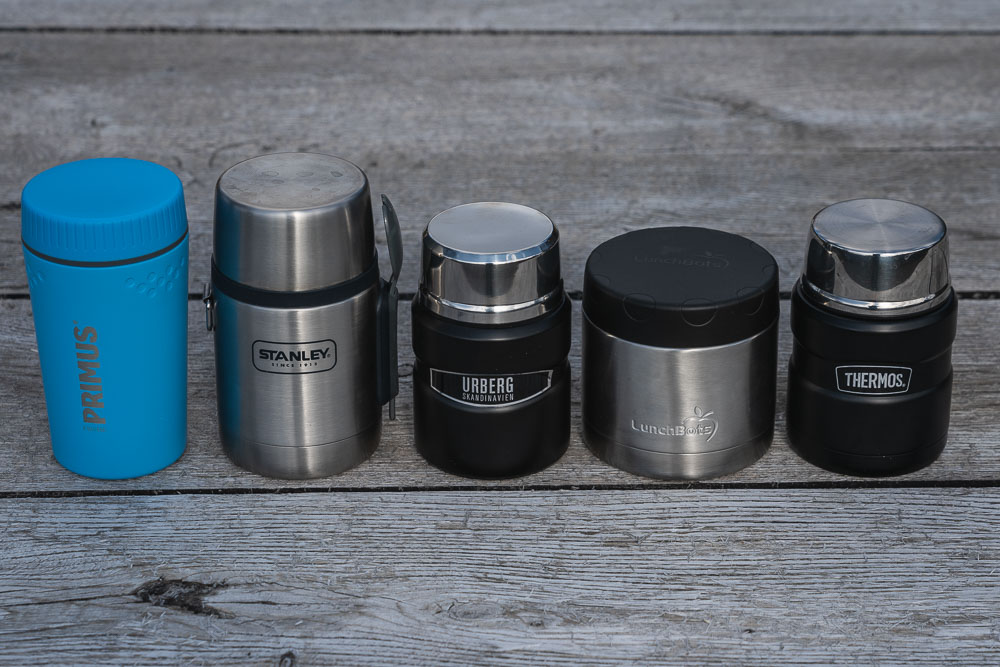 A food thermos, jug or jar, call it what you want but they are all insulated containers for food. I guess some outdoor people like them while others think they are a bulky and uncool.

A couple of years ago I didn’t bother to bring one with me on my adventures. I thought it was bulky and I didn’t really understand how to use it, but today I love my food thermos and use it on quite often as well! 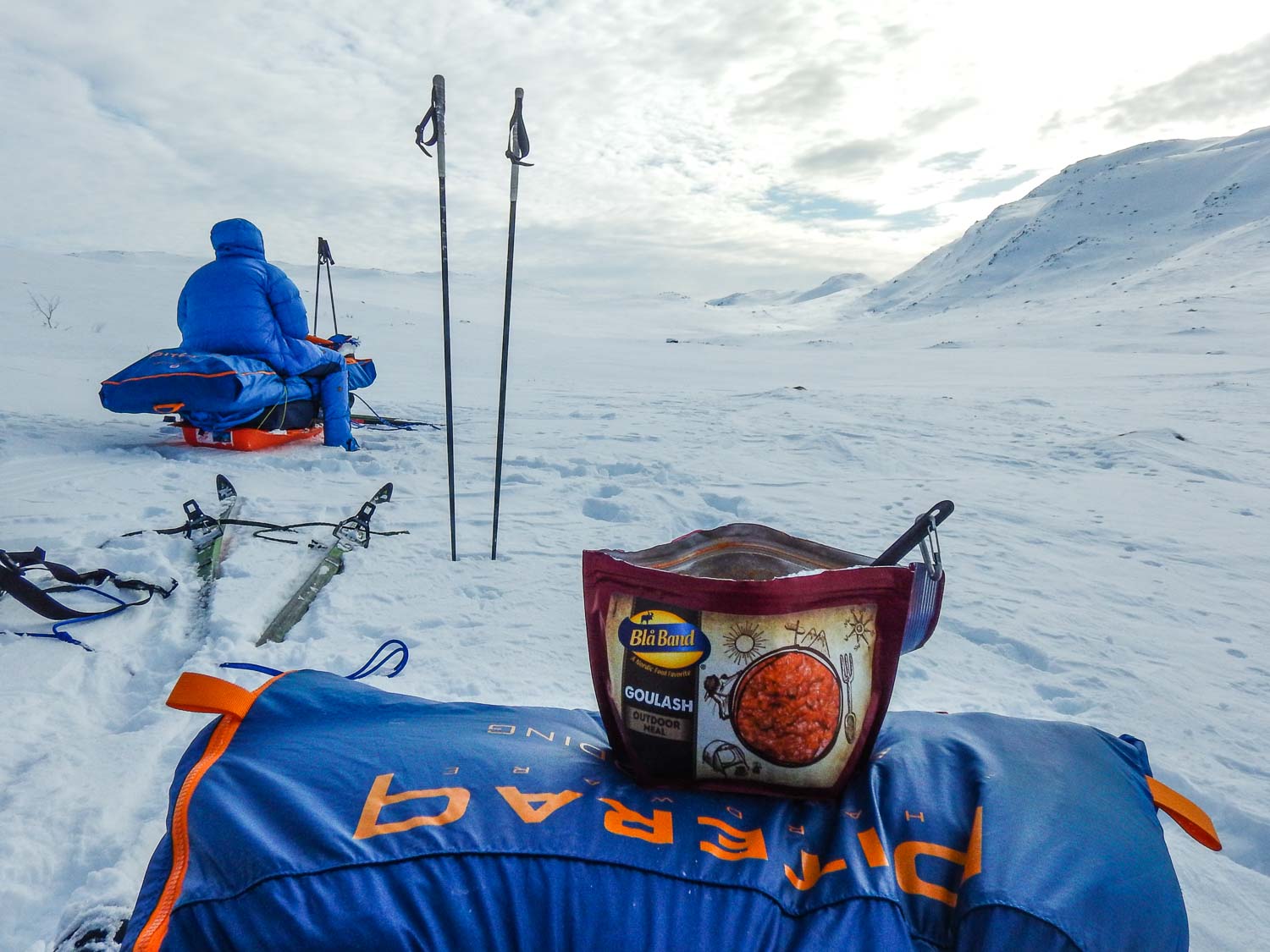 A typical break where you will appreciate a food thermos. My experience of using a water thermos and filling a freeze dried dish at the break has always resulted in both more time consumed and a cooler dish.

When do you need a food thermos?

The obvious answer is when you like to keep your warm food warm or your cold food cold. It’s simple as that!

Most of the time I use a food thermos when I want to have a quick warm lunch. During my winter ski tours I think it’s perfect to prepare my lunch already in the morning. I boil extra water at the same time as I prepare my breakfast water. I pour water half way up, put either freeze dried food or powder soup in to it. Stir it together and then fill water all the way to the top, stir again and then seal it with the lid. After that I put the thermos in my packing and after 4 hours or so when it’s time for lunch I have a warm lunch ready to eat in under one minute. Perfect. If the weather is bad you want to keep your lunch break to a minimum so you don’t get cold. When it’s time for a break you just pull out your wind sack and your thermos and after ten minutes you are filled with warm energy and you are ready to go again. In bad weather, really cold and windy, it’s just not fun to light up your stove and start melting water. Therefore, a food thermos will be your best lunch buddy. And would the weather be nice, well then you can eat quickly and rest on your Arctic Bedding for a while.

On shorter day hikes, specially in summer time the food thermos will help you get new best friends at the lunch stop. Prepare your food thermos with ice cream and when the lunch stop is almost over you can have a really nice and cooling desert. I can promise you will be much appreciated if you surprise your trekking buddies with some nice ice cream. 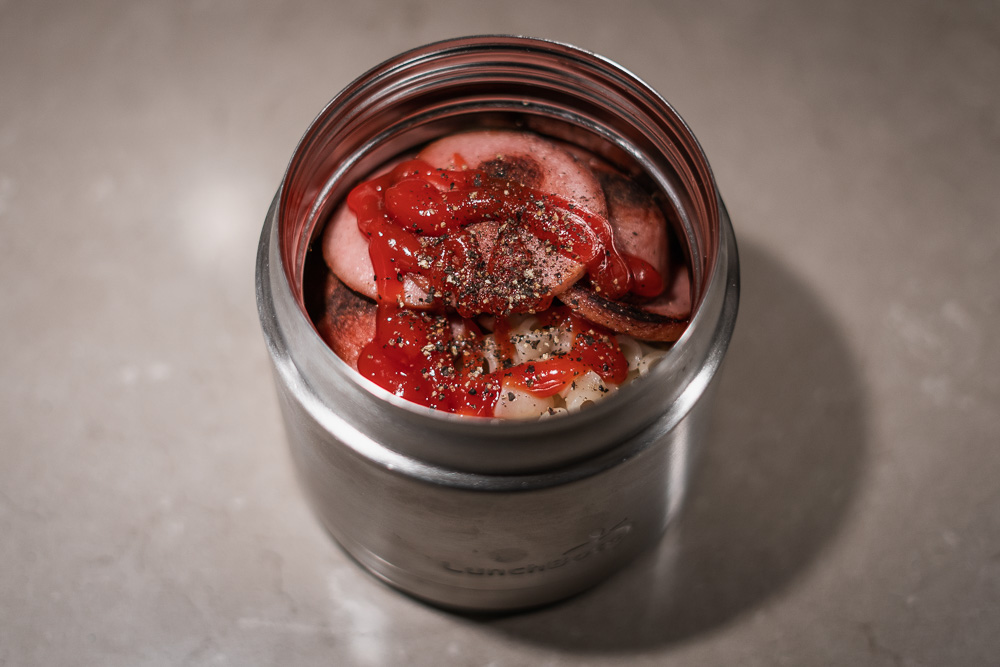 Which size do you need?

Except the giant Primus C&H Food Thoermos 1,5L all tested thermoses are between 450 ml and 550 ml. Around 500 ml is for me a perfect size for a lunch. For both freeze dried and powder soup 500 ml is just about a perfect size.

The giant Primus C&H Food Thoermos 1,5L I find most practical for boiled hot dogs or if you have to arrange lunch for more than yourself.

For best effect you shall fill your thermos all the way up, by doing so you will keep your food warm or cold longer. Therefor I think it’s unnecessary to get yourself a thermos bigger than you actually need. You will probably just end up throwing the food you have been carrying with you. 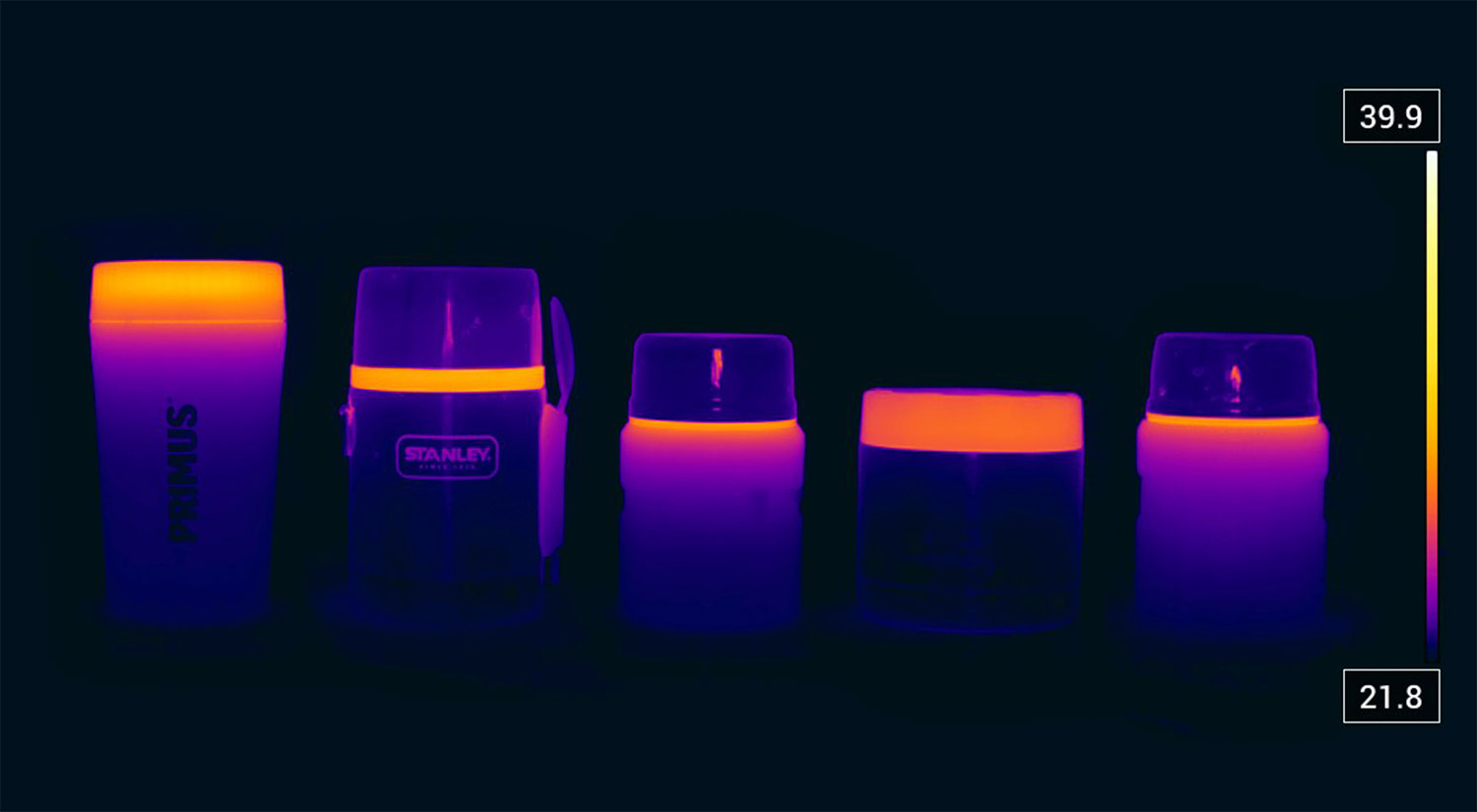 A thermal picture taken with a Flir camera shows an indication on heat leakage. Notice the same thermal appearance from Urberg and Thermos.

Keeping your food warm or cold in the best way?

To get the most out of your thermos make sure to pre-heat or pre-chill your thermos. Instead of having your food heating up your thermos put hot water in it. You don’t have to put boiling water in it, the hottest water from your tap will still make a difference. Just put the warm water in and seal the thermos, then let it stand for a while.

Pre-chilling your thermos, for times when you have ice-cream on your adventure, simply put the thermos in your freezer. This time you shouldn’t keep the lid on. By keeping the lid on it will take much longer to cool down the inside. 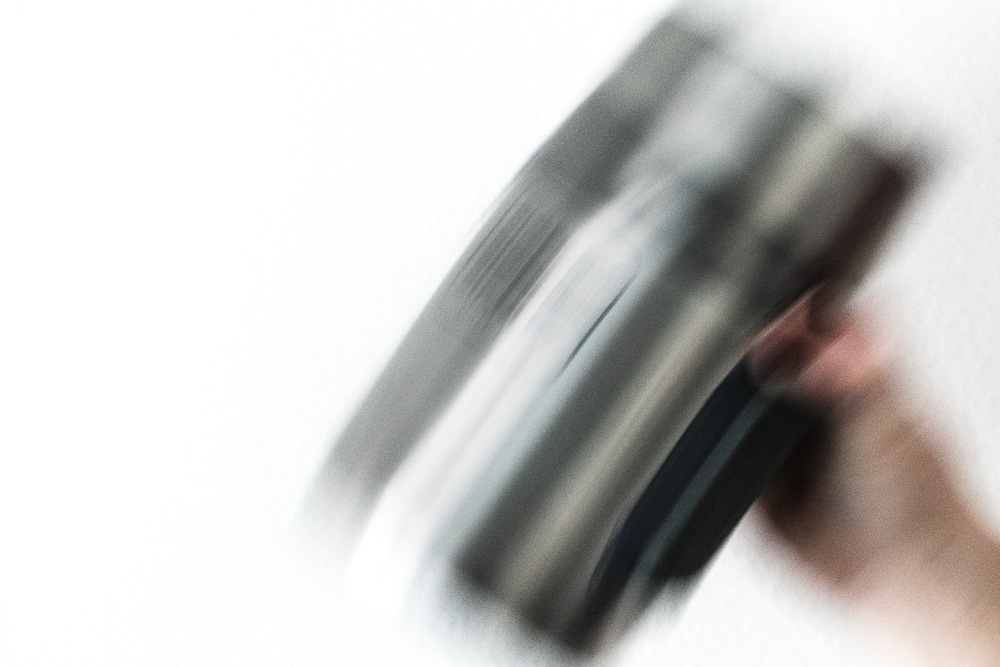 Regardless of putting your thermos in a dishwasher or hand washing, make sure to remove the rubber seal and wash the seal separately. It’s worth it, both liquids and food might end up behind the seal so to keep your thermos fresh it’s important to clean this part too.

On Stanley’s website I found this tip on how to keep your thermos fresh. All the food jars in this test is easy to clean therefore this tip might be more suitable for products that are more difficult to hand wash, like your water or coffee thermos.

And this is how you clean your thermos:

(Okay, I made up the music and dancing part but the rest is true 🙂 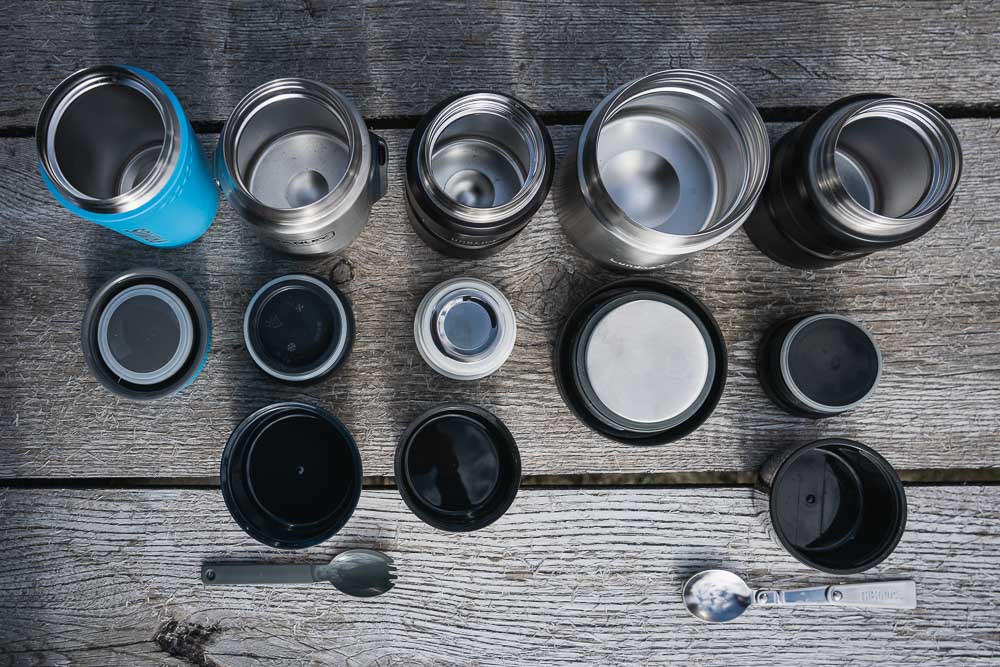 Comparative picture of the 5 different thermos in this test.

Which one to choose?

Honestly all thermos tested will do what they are supposed to! The temperature difference after 4 hours are not that big, only 6 °C between the best and the worst.

In our test Stanleys Adventure Fod Jar showed best test results. After 4 hours the water temperature had dropped from 100 °C to 76 °C with a surrounding temperature of 21 °C. The second place is shared between Thermos Stainless King and Urberg Food And Soup which both measured 75 °C after 4 hours. If temperature is the most important for you, pick one of these three food thermoses.

I you need more space, both Primus Trail Jug and Stanley Adventure Food Jar is slightly bigger. Perhaps 50 ml will be the difference between still being hungry or filling full.

Since a couple of years back I have been using a 470 ml Thermos Stainless King and I don’t see any point changing to another one, the differences are not that big.

But if I would buy one today I would by Urbergs 480 ml Food And Soup. I think it will give me most bang for my bucks. For sure, it’s a copy of Thermos Stainless King. For what I know they are even manufactured in the same factory, but when comparing weight, ability to retain temperature and price with the others I think Urbergs Food And Soup is the best buy.

How the test was conducted?

Both a Flir thermal camera and a digital kitchen thermometer was used to measure the water temperature. 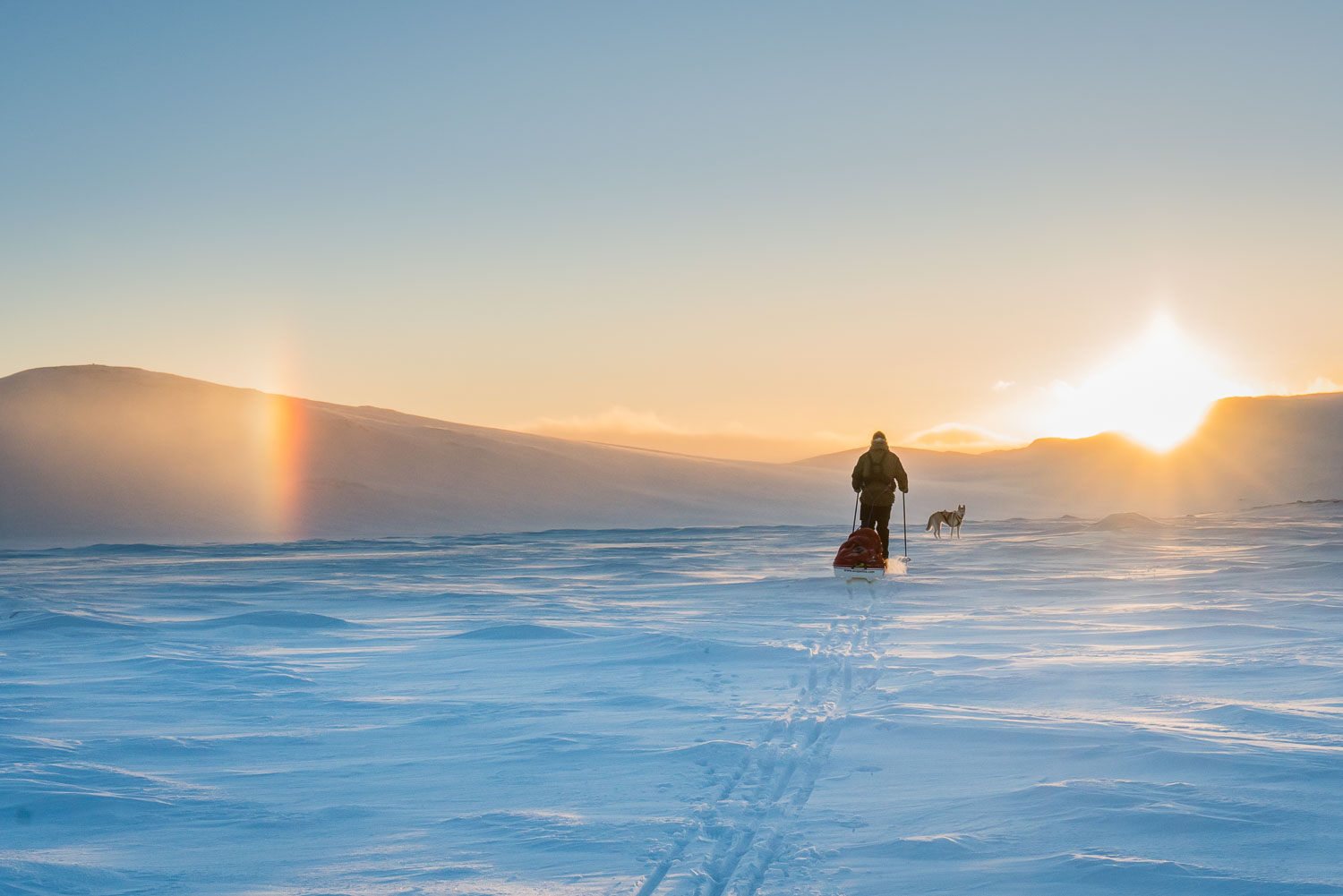